Skip to content
The Boston Terrier has been nicknamed, and justly so "the American Gentleman." And has earned its nickname...

It is hard to believe that the gentle Boston Terrier that we see today was once bread for as a pit-fighting dog. It is very difficult to comprehend that these friendly little dogs were once fierce pit fighters. Boston Terriers resembles the Staffordshire Bull Terrier, which possesses a strong fighting instinct. Today’s Boston Terriers in no way resemble the fighter it once was known to be.

This little gentleman of a dog that you will find today has evolved a long way from the pits of Boston. It is sad to think these wonderful dogs once were used to making money for their owners. Not only fighting in the pits but as stud dogs, to produce more fighters. They were well prized, and highly valued for stud service.

I have attempted to provide my readers with some useful history, and breed information. With hopes of aquatinting a perspective Boston Terrier owner with this wonderful breed of dog, the Boston Terrier.

The Boston Terriers’ origin was England. They bred Bull Terriers and Bulldogs, to produce a very powerful compact muscular bred. In the late 1800s, some members of this hybrid stock were sent to America. In 1889, some dog fanciers in Boston organized the first American Bull Terrier Club.

It took some time before the breed to catch on. It was not until 1915 that the breed had become the most popular breed in the country. The Boston Terrier was number one in registrations of the top twenty breeds. They again lead in registrations in 1920, and in 1930. Boston’s terriers remained in the top ten positions until 1960. Since then they have slipped in popularity.

Boston’s Terriers are high-energy dogs and need daily exercise. They are playful and love all sorts of toys. Fetching, and, and playing with children is a favorite with this dog. It is always wise to teach a child how to play with a dog, and not to be overly aggressive with this breed. The Boston Terrier is a very intelligent dog, and prefers fetching, and finding a hidden toy, then wrestling…

Due to the breed’s elongated palate, they may snore. It is normal in the Boston Terriers may show some degree of airway obstruction. Another problem in this breed, gas. A good diet, along with regular exercise, will keep this problem at bay.

Proper diet should always be considered a must with the Boston Terrier. To start as a puppy to adulthood, to old age. An improper diet, as a rule, will lead to gas, and intestinal problems for the Boston Terrier. While a puppy the diet must be healthy in order for the dog to form a good bone structure and good muscle mass. Not to mention this is the time a dog will build a good immune system, to later ward off disease and infections.

The Boston Terrier is smooth coated, and short-headed, in the general body is compact, with a short tail. The tail is short, All and all a very well proportioned, balanced dog. The head is in proportion to the size of the dog. The body is rather short and, due to this shortness of the tail being so prominent, the dog may appear badly proportioned. The limbs were strong and neatly turned.

The coat is short, smooth, and bright with a fine texture. Color and markings, Desirable colors included, seal, black or brindle, with evenly marked white areas. Brindle is preferred. The seal appears black, with the exception of a red cast that can be present when the dog is viewed in sunlight. True black will appear black in any type of lighting.

Desirable markings to look for in a Boston Terrier include white muzzle band, even white blaze between the eyes and over the head, white-collar, white forechest, white on part or whole of forelegs and hind legs below the hocks.

Weight is divided by classes as follows: Under 15 pounds; 15 pounds and under 20 pounds; 20 pounds and not to exceed 25 pounds. A Boston Terriers’ leg length should balance with the length of the body to give its unique square appearance. The Boston Terrier is a sturdy dog and must not appear to be either spindly or coarse. The muscle and bone must be in proportion, as well as the dog’s weight and structure. If weight and structure are out of balance the dog will appear blocky or chunky in appearance. The thighs are strong with good muscle mass, bent at the stifles, and set true. The hocks are short to the feet, turning neither in nor out, with a well-defined hock joint. The feet are small very compact with short nails.

The Head, the skull of a Boston Terries is square, flat on top and smooth void of any wrinkles. Its cheeks are flat, brow abrupt, and well-defined. The eyes are wide apart, set square in the skull, outside corners are in line with the cheeks. The Boston Terriers eyes are round, with large shocketts, dark in color, with a trace of dark blue. The ears are small and erect. It is desirable that the ears are situated as near to the corners of the skull as possible. May need to be cropped to obtain the proper stature.

A Boston Terriers muzzle should be short, square, wide and deep, wrinkle-free, and well proportioned to the dog’s head. The muzzle is shorter in length than in width or depth. Not exceeding in length one-third of the length of the skull. The muzzle from stop to end of the nose is parallel to the top of the skull. The nose is black and wide, with a well-defined line between the nostrils. The jaw is broad and square, teeth are short and regular in appearance. The bite is even or sufficiently undershot to square the muzzle. The chops are of good depth, but not completely covering the teeth when the mouth is closed. The Boston Terriers _expression, as a rule, portrays pure intelligence’s along with great determination.

Neck, The length of the neck must display balance to the total dog. It is a bit arched, carrying the head with grace, and sitting neatly into the shoulders. The back is just short, this gives rise to the Boston Terrier Square appearance. The top-line is level, the rump curves slightly to the set of the tail. The chest is wide and deep. The body should appear short. The tail is set on low, short. The preferred tail does not exceed in length more than one-quarter the distance from set-on to hock.

The Boston Terrier is a friendly and lively dog. The breed has an excellent disposition and a high degree of intelligence, which makes the Boston Terrier an incomparable companion. Not to mention they are very easy to train. They catch on quickly and remember what they learn.

When buying a Boston Terrier take into consideration. Will the dog be integrated with children? If your children are young, it is recommended an older puppy or grown dog. A dog that can hold its own, when having to flee an overactive child. Will the pet be coming into a home with an elderly person? An older dog is recommended. A dog that will require less activity, and will be less likely to get underfoot. Make sure to take into account how much time you have to spend with your new dog? A puppy deserves an owner that will have time to train and play with them. An older mature dog requires much less playtime, and as a rule, should be trained by the breeder. Are you willing to take the time to house train? Are you positive you are ready to handle the responsibility for a pet?

You have made up your mind, and are ready to make a long-term commitment to caring for a pet. Where do you start to find just the right dog?

Start by asking your local Veterinarian for referrals on breeders. You can also contact breeding clubs, most have referral lists of breeders. When you find a breeder, make an appointment to visit, and look over the kennels, and dogs on the premises. Is all in good order? Do the dogs look healthy? Do the dogs have a good rapport with the breeder? Does the breeder appear interested in placing the dog in the right home or are they just ready to sell to the first buyer? Ask the breeder if they sell to pet stores. Remember, a reputable breeder will never sell her dogs to a pet store. A good breeder is very discriminative on who their dogs will be sold to. A good breeder will interview a prospective buyer, with hopes of placing their dogs with just the right owner.

Once you feel comfortable that you have located just the right breeder. I suggest you do some research on bringing home a puppy. It is smart to be well educated in training techniques, what you will need in regard to supplies. Also, the best suggestions to make your new little family member feel at home. It’s a good idea to read up on the actual breed you have decided to buy. Breeds differ in many ways. It’s good to know upfront any and all tendencies a given breed may exhibit.

You have made up your mind to purchase a Boston Terrier. You have found a good breeder, and are ready to head out and pick that pup… Here are the general traits you should look for when choosing a Boston Terrier. Keep in mind, you may just fall in love with a bum of the breed, that’s good too… They all need good homes and will bring lots of love into your home. You see, the prize or the runt of the litter, don’t realize they are different from one another. They both have a great capacity to give friendship and love to their family. 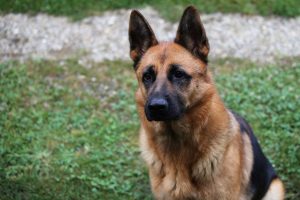 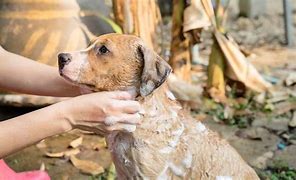 Advice To Using Positive Reinforcement And Rewards To Train Your Dog

Caring For Your Dog’s Neck and Spine: Dog Collar Issues