Cats have been giving birth for as long as there have been cats, so most mother cats have the instincts they need to make the birth process go smoothly. Supervision from a calm and gentle owner is always a good idea, as sometimes things go wrong. If the mother cat is healthy and has a safe place to have her kittens, usually everything goes well and is over quickly. You shouldn’t need to intervene unless she is showing signs of distress. It is a good idea to have a phone number for a veterinarian that you can call after regular business hours, like human babies kittens tend to come in the middle of the night, and emergencies cannot wait until morning.

A day or two before she gives birth, the mother cat will become very restless and begin actively searching for the perfect place to deliver her kittens. This does not necessarily mean that she will give birth right away, some cats begin this process as much at three days before the start of labor. When she seems to be ready, keep the lights dim and make sure she isn’t disturbed by people or other pets.

A cardboard box lined with old towels makes an excellent birthing box. Don’t use any towels you plan on keeping after the birth. While many people want their children to see the miracle of life, kids can be very disturbing for the mother cat unless they can sit calmly and very quietly for a long time. It normally takes at least two hours to deliver an entire litter of kittens, and sometimes as long as six hours.

As labor begins, the mother cat will start purring and breathing heavily. She will probably begin licking herself very persistently. She won’t want to eat anything, and she may breath with her mouth open, yowl, or walk around restlessly. As she gets closer to delivering her kittens, the cat may lay on her side. When she begins squatting, she is just about to deliver a baby.

A mother cat normally gives birth to her first kitten within an hour after the start of labor. Often the kittens arrive much sooner. If she hasn’t had at least one baby within four hours after she begins having contractions, you should call your veterinarian. Usually the babies are born less than an hour apart. Each kitten will be born in its own amniotic sac, and immediately after birth the mother will begin licking the kitten to remove this sac. If she does not take an interest in the kitten right away, you may need to help clear the sac from its mouth and nose so the kitten can breath. If the mother does not lick the kitten, rub it briskly with a warm towel.

After each kitten is born, the mother should deliver a placenta. She will usually eat some or all of her placentas. Try to count them as they come out, and make sure there is a placenta for every kitten. An undelivered placenta can make the mother cat sick. If she does not bite through the umbilical cord, you may need to tie it off with dental floss and cut it yourself. It is best if the mother takes care of the kittens herself. By washing them and nursing them, she is bonding with her babies.

A kitten should not spend more then ten minutes in the birth canal. If you see a kitten is stuck, you can try grasping its hips or shoulders with a clean cloth and pulling very gently. Unlike human babies, kittens can be born head-first or tail-first. If you are sure there is still another kitten that needs to be born, but it has been more than five hours since the last kitten was delivered, take the mother to an emergency vet.

RANDY RHINO TRIES TO MATE WITH CAR
A rampant rhinoceros tried to mate with a visitor’s car at West Midlands Safari Park in 2004. Dave Alsop had stopped his vehicle in the grounds to take pictures of Sharka, a two-ton white rhino, mating with female Trixie, but the amorous male quickly turned his attentions to the Renault Laguna. He attempted to mount the car from the side, denting the doors and ripping off the wing mirrors before Alsop drove off with a puffing Sharka in hot pursuit. “He was a big boy and obviously aroused,” said Alsop. “He sidled up against us and the next thing I know, he’s banging away at the car and it’s
rocking like hell.” A spokesman for the park confirmed that Sharka had something of a reputation as a ladies’ man but admitted that “rhinos are not particularly intelligent animals” 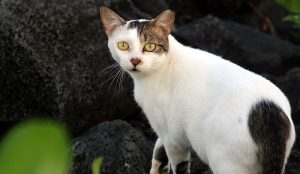 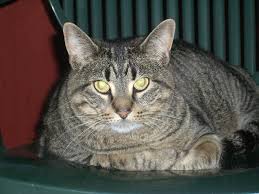