Sometimes when we think of legionary outlaws who gave their life efforts to help a downtrodden and oppressed people, figures like Robin Hood or some other dashing male hero springs to mind. In black history, we have just such a character but this champion of her people did not ride the forests with merry men. Harriet Tubman, a humble and diminutive black woman truly qualifies as such a profoundly legendary figure that her exploits would rival Robin Hood’s or any other hero of cultural legend. Small wonder she was often referred to as “Moses of her People.”

Harriett Tubman was born in 1822 in Dorchester County, Maryland to a slave family of the estate of Anthony Thompson. During her slave years, she endured many hardships and harsh treatment which left her with scars and even as susceptibility to epileptic seizures that resulted from a head injury. It was common for slaves to change hands and that was part of Harriet’s life as well. Finally in 1849, she ran away to freedom but she by far did not run away from her people.

Over the next few years Harriet Tubman became a true warrior for the salvation of her people who were locked in slavery. Harriet didn’t just find a safe place and count her blessings for making it to freedom. She saw the need for the Underground Railroad in the salvation of hundreds more like her and it became her life’s mission to maintain the regional stations of that railroad for as long as it took to give liberty to all who had the courage to flee slavery via that resource.

Harriet Tubman showed the kind of courage, resourcefulness and intellect that a field general for any army would be proud to boast. All totaled Tubmen lead thirteen separate missions to bring African Americans to freedom along the Underground Railroad. That means that she personally lead over seventy slaves to freedom and had a direct influence on the freeing of at least that many more. And by keeping the Underground Railroad operational and out of the reach of slave hunters and authorities who sought to shut it down, she indirectly was influential in the salvation of hundreds, perhaps thousands more. Who can say how many prosperous and influential black families in this country today owe the lives of their ancestors and the success they have achieved since those dark days to the brave work of Harriet Tubman.

When Civil War came, Harriet didn’t retire satisfied that she had done her work for her people. She continued to work tirelessly for abolitionist movements and to do her part for the war effort. She became one of the first ever female spies for the North during the war and her military abilities were so well developed that she actually was put in a position of leadership to command the raid on Combahee Ferry in 1863.

After the Civil War was over, Harriet Tubman continued her work on behalf of abolitionist movements and for women’s rights until she retired to write her memoirs. Her contribution during this crucial time in black history was so revered that the US Postal Service honored her with a stamp in 1978.

There have been many heroes and heroines in the long uphill struggle for liberation, freedom and equality for African Americans in this country. During this brutal time when Harriet Tubman stood in the gap for her people, the plight of black Americans was as much life and death as any other time in history. Small wonder her name is revered as one of the icons of the fight for freedom prior to the Civil War. And small wonder she was referred to as Moses to Her People and will be remembered in that way for generations to come.

TORTOISE STARTS HOUSE FIRE
A couple from Bracknell, Berkshire, returned home in 2008 to discover that their house had been set on fire by their 70-year-old pet tortoise. Fred, a female tortoise, had been brought inside after coming out of hibernation early and was placed in a tank under a heat lamp in order to stay warm. But while Emma Fox and partner Paul Butler were out shopping, Fred piled dry straw under the lamp, causing it to catch fire and send flames spreading through the house. Although much of the couple’s furniture
was destroyed, Fred emerged unscathed. 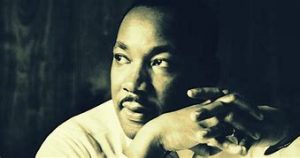