Skip to content
...church leaders instituted Christmas during winter because that time of year was popular for the celebrations of many pagan festivals.

Commercial activities during Christmas today are often decried as making the season too materialistic. This has caused comments that the religious aspect of Christmas is so overlooked and overshadowed that its celebration seems to be purely pagan. But today’s comparisons aren’t the first there has been some link between Christmas and pagan celebrations. As religious, church leaders instituted Christmas during winter because that time of year was popular for the celebrations of many pagan festivals. The hope was that Christmas would also become a holiday that would gain much popularity.

Long before the birth of Jesus Christ, people in various parts of Europe would celebrate light and birth in the darkest days of winter. The winter solstice, when the harshest part of winter was over, was a time of celebration for many peoples because they would look forward to more hours of sunlight during the longer days ahead.

The Norse in Scandinavia celebrated Yule from the winter solstice on December 21 through to January. Men brought home logs that were lighted and a feast would take place until the log was completely burned. Each spark from the fire was believed to represent a new pig or calf to be born in the coming new year.

The pagan god Oden was honored by Germans during the mid-winter holiday. Oden inspired great fear in the Germans who believed that Oden traveled at night through the sky to observe people and make a decision about who would perish or prosper in life. This belief caused most people to stay inside during the period.

In Rome, it was the god of agriculture, Saturn, who was honored in a holiday called Saturnalia. It was a holiday that started during the week that led up to the winter solstice and continued for a month with hedonistic celebrations. There was plenty of food and drink and the normal social class rules of who had privilege and power in Roman society were totally disregarded as everyone participated in the festivities. Some Romans also had a feast called Juvenalia to honor children and the birthday of the sun god Mithra was sometimes celebrated by the upper classes.

In the early years of the start of Christianity, the main holiday was Easter. It was in the 4th Century that church officials made a decision to have the birth of Jesus celebrated as a holiday and Pope Julius I chose December 25 as the day of Jesus’ birth. The holiday, which was first called the Feast of the Nativity, spread to England by the end of the 6th Century and to Scandinavia by the end of the 8th Century.

Church leaders achieved the goal of having Christmas celebrations, including attendance at church, become popular during the winter solstice, but they were unable to control other pagan-like celebrations during Christmas. Believers would attend church on Christmas and then participate later in raucous and drunken celebrations. But by the Middle Ages, from around the 5th to the 16th Century, Christianity had outgrown paganism as a religion.

The celebration of Christmas in Europe changed in the early 17th Century when Oliver Cromwell and the Puritans gained power in England in 1645. To remove decadent behavior from society, Cromwell canceled Christmas as the Puritans noted that the Bible doesn’t mention any date for Jesus’ birth. The lack of this information and specific Biblical references to Christmas is also cited by religious groups like Jehovah Witnesses as the reason they don’t observe or participate in Christmas. Christmas celebrations returned in England around 1649 when Charles II was restored to the throne.

Christmas wasn’t a holiday in early America because the Pilgrims who came to America had even stricter beliefs than Cromwell and the Puritans. Christmas celebrations were even forbidden in Boston from 1659 to 1681. During the same time however, settlers in Jamestown in Virginia were reported to have enjoyed Christmas.

After the American Revolution Christmas again lost popularity and it wasn’t until June 26, 1870, that Christmas was declared a federal holiday. Christmas in the United States gained popularity as a holiday period during the 19th Century. Christmas celebrations also changed at that time to be more family-centered rather than being carnival-like. 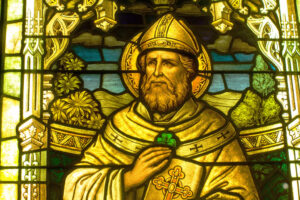 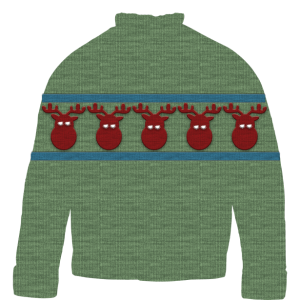 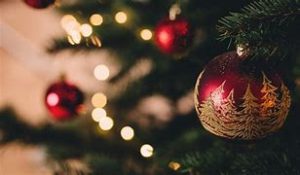