Homeless vets present some special problems and needs for society and for themselves. Some wars have been so unpopular with the American public that returning veterans were vilified personally. These young men and women, many of whom were drafted into the Vietnam era military service returned to a harsh and confusing reaction from those who were protesting the war. These and other factors put a special burden upon these veterans. Today, there is another generation of young people who are ending up in homeless shelters or who are living on the streets with no hope for a better living situation.

Post traumatic stress disorder has been called by other names, but has become well known among the men and women who served in Vietnam. A number of factors contributed to this psychological and emotional reactions. Some of the symptoms include a feeling of alienation from society and difficulty in being around groups. Vets with PTSD may have a hard time holding a job. They may have difficulty in staying in one place for long. There was not financial help available for Vietnam era vets originally to the extent that is is now. Many of those who are homeless have been without help for so long that only comprehensive services and treatment will help to provide improvement in the emotional and psychological state.

The Gulf War veterans also have issues with post-traumatic stress disorder. In addition, there are other factors at work. Gulf War Syndrome is an unexplained combination of symptoms that are both physical and emotional. Those who have served in Iraq and Afghanistan have difficulty returning to daily life in the United States following a tour of duty. Some of the veterans sign up for several tours of duty. Once they return to civilian life, they may have a very difficult time adjusting.

Many veterans, especially those who are unable to deal with the emotional upheaval of being in a war zone turned to drugs and alcohol to try to deaden the horror. Once the vet returns to the home country, the dependence on illegal drugs and booze remains. If there are medical problems, drugs may be prescribed to treat the injury. Anti-depressants take away incentive and ambition. They don’t take away the emotional pain, they just slow down reaction times. Even to pull together the purpose and focus to ask for help may be more than a depressed vet can manage.

Some of the veterans who are homeless have medical problems. They may have been injured in the war zone. Treatment with pain medication following rehabilitation or surgery can leave the individual addicted to pain medications. Again, deadening the emotions and pain of the injury also reduces the incentive a veteran needs in order to find and keep a job. It takes a very strong person to fight off the effects of a major injury, a slow economy and depression. A job that requires dealing with other people may be just too much stress, and so the veteran tends to move from job to job and place to place. Eventually, he is likely to fall through the cracks in the system.

Veterans who are returning after several months or years in a combat zone may find that the wife they left behind can’t begin to understand the stresses and strains the veteran is under. PTSD may cause extreme irritability toward loved ones including a spouse or family members. Many wives cannot deal with the stranger who returned from combat and a divorce follows. This can be another reason for the veteran ending up homeless. The veteran ends up even more alienated from society.

The downturn in the economy is problems with many veterans. When they return from their service tour, they find that jobs that used to be plentiful have now disappeared. Even if the job that the soldier had previously has been held, the veteran may not be able to handled the stresses of going to work with other people. They have not lived through the experiences that have shaped the veteran and cannot comprehend the emotional and sometimes physical damage that has been the result. If the job disappears immediately or over time, the veteran ends up with no income and may be homeless in short order.

Homeless vets need extra assistance to be reintroduced into society. This may mean counseling and rehabilitative services. It may mean educational and housing support. It almost certainly will require medical assistance. Trained personnel will be necessary in many instances to provide guidance and suggestions for veteran services. 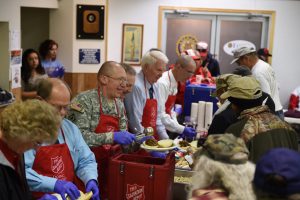 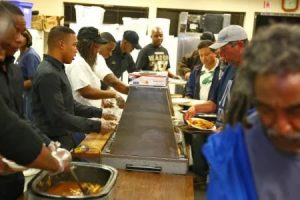