The dictionary defines jealousy as the state of feeling jealous. Feeling jealous has a few derogatory meanings: being jealous means wanting to keep what one has possessively, it also means feeling unhappy at someone else’s success. Another word often used for the last meaning is actually ‘envious’. Of the two words ‘envious’ means: wishing something even more unpleasant — actually loathing the person who has received good fortune.

There are a couple of good uses of the word, but these are not so completely used nowadays. We can say that a person guards his home or his honor jealously. However, commonly, the word ‘jealousy’ brings to mind a negative and an undesirable quality in a person.

The feeling of a jealousy is one of the most dangerous one that a person can feel towards another. A person who is jealous almost immediately loses his ability to reason. If a man feels jealous about another’s achievements, chances are he spends a lot of time feeling angry at the person, for something that he has probably not gained through his own hard work or legitimate means. Many times, this form of anger can lead to violence. Violence usually takes place when all forms of reasoning ends. We read of violent crimes committed by men in love, when the woman he loves does not love him but someone else. Immediately the loser thinks he is a victim and acts as if he has been cheated. He cannot see that all that has happened is that the woman has chosen according to her own inclinations. If the man had truly loved her, then jealousy would have no place in his mind. He should think of her happiness. Though the illustration mentions only male jealously, but the female jealousy has been known to be just as vicious.

On another meaning of jealousy, some people are apt to be jealous if someone they love, or are simply just fond of, pays attention to someone else. This is even common even in ordinary friendships. A poorly adjusted individual may want a certain friend to keep only his company. So if he sees the person whom he believes he ‘own’ talking to someone else, he flies into rage. This kind of behavior shows extreme immaturity. The truth is that no one owns anyone. Even in a love relationship, there should be no jealousy involved, and no attempt to possess a person as if he or she were an object. Love relationships should be founded on mutual trust and jealousy has no place in it.

Jealousy at another’s good fortune is the most harmful of all. Elders, and the scriptures, have been telling us that if one is jealous of another, and wishes him evil, the effect of the jealousy will be felt by oneself. This may sound like a tall tale, but now there is evil on someone — like wishing him to contact an incurable disease, our thoughts have no power to harm the person we feel jealous about. What happens is that our own mind interprets the thought as meaning that it is ‘OK’ for such a situation to happen — in this case to suffer from an incurable disease. Since it has no power to cause someone else to be sick, it attracts the illness to the person who has the thought.

Whatever form jealousy takes, it is certainly a very dangerous feeling — for the person who feels it and as well as for other.

FRENCHMAN TAKES FIVE YEARS OFF WORK
In 2000, France’s social services department finally realized that one of their civil servants in Cannes had not been into work for five years. Every morning the employee would ring in to head office and claim that he was on his way to one of the many other offices on his patch. But he never showed up. His deception was eventually uncovered when his bosses decided to post someone at the door of every office to see whether he put in an appearance. 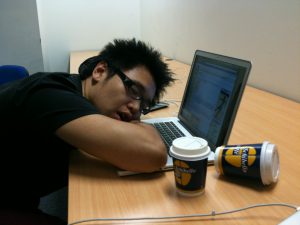 Obstacles to Creativity and How to Overcome Them