The above headline in the wnd.com news site shows just how out of touch the liberals are when it comes being offended by a name. We’ve seen product names changed only because the picture on the product portrayed a man or woman of color. Who is really offended by these portrayals of people of a darker skin then the white majority who buy the products. Not the majority of the population who shop. The above headline proves my point.

In the wnd.com article it said “The best-known survey is likely a 2016 Washington Post poll that found 9 out 10 Native Americans don’t find the “Redskins” name offensive.” So why change the name? There have been many, many schools and other sports teams that have change the name of there teams because they had name that were assumed to offend Native Americans. This poll shows all these name changes were unnecessary and a waste of money. Especially since Native Americans are proud of there heritage and take no offense the use of words and names derived from their lifestyles. So lets stop all this foolishness.

COWS EAT AIRPLANE
While visiting friends in 2004, Tony Cooper and Lisa Kingscott landed their 58-year-old, four-seater Auster J1N light aircraft in an isolated field at Kentchurch, near Hereford. They thought it would be perfectly safe there, but had reckoned without a group of hungry heifers. For when the owners
returned to the field ready to make their journey home to Wiltshire, they found that cows had munched their way through the aircraft’s fuselage, leaving the plane grounded with $15,000 of damage. After being forced to dismantle the plane and take it home by road, Ms Kingscott mused: “The animals only ate the white bits – I don’t know why.” 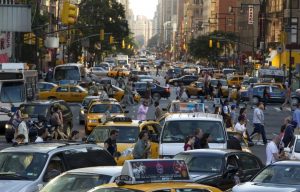 Climate Change – Do You Care?