Skip to content
Learn the truth about the End Times and how they show that the return of Jesus may happen sooner then you probably thought.

First, let me explain what is meant by the end times. The ‘end times’ is a reference to the end of time remaining before the Lord Jesus returns to remove the Christians (his believers and followers) out of the world before the 7-year tribulation starts.

Whenever normal everyday life is threatened by something abnormal such as a massive earthquake, meteor shower, war, famine, or something else, there was always someone who thought or said ‘surely this must be the end times!’, this type of thinking has happened from right after Christ died on the cross over 2000 years ago, until the present day.

These people surely did not read or study the bible, for if they had then they would have known that the end times could not be here or had not even started, not until at least the year 1948. Once the year 1948 arrived, a great thing occurred that started what I call the ‘winding of the prophetic clock key’ this event was the creation of the independent state of ‘Israel’.

Jesus talks about the end times in the bible and says that when the fig tree blossoms the end is near. Jesus used the descriptive analogy of a “fig tree” as pertaining to Israel, to instruct his disciples about how we could discern the timeliness of his return. Before 1948 there was no Independent state or nation of Israel.

Another thing Jesus tells us will signal the closeness of the end times is that Jerusalem will be controlled by the Jews. Since 400 B.C. the city of Jerusalem has been controlled by one Gentile superpower after another. Here are a few of the dates when Jerusalem was under the control of forces other than the Jews: A.D. 70, the Romans; 614 the Persians; 637 Caliph Omar; 1099 the Crusaders; 1187 Saladin; 1250 the Egyptian Mamelukes; 1517 the Turks; 1917 the British and others, then in 1967 during the 6 day war from June 5 to 10 of that year the Jews captured Jerusalem.

Jewish control of Jerusalem is one of the most important signs because of Jesus’ statement in Luke 21:24. The disciples had asked Him, “When are you going to return and what will be the sign?” Jesus replied, “Jerusalem shall fall by the edge of the sword, and shall be led away captive into all nations: and Jerusalem shall be trodden down of the Gentiles, until the times of the Gentiles be fulfilled.” What was the Savior saying? Simply that the Jews would be scattered throughout the world and the city of Jerusalem controlled by Gentile powers until the time of His return. All the various Gentile groups—the Romans, the Persians, the Crusaders, the Egyptians, and others controlled Jerusalem from A.D. 70 until May 1967. Then, in June 1967 the Jews took control of Jerusalem for the first time in more than nineteen hundred years.

The disciples also asked Jesus, not only what the signs would be that signal the countdown to his return, but also what the signs of the actual end times would be. There are many signs we are told that we will see in the last days just before Jesus returns, they include:

Luke 21:11 (King James Version) – “And great earthquakes shall be in divers (various, several) places, and famines, and pestilences; and fearful sights and great signs shall there be from heaven.”

Famines:
Since 1975 to the present, there has never been a year, that there wasn’t a famine someplace on the earth.

Pestilences:
Since the 1980s to present the number of new diseases that have formed is incredible. We now have SARS – AIDS – Herpes – West Nile – New Drug-resistant TB – Mad Cow – New monkeypox virus with human-to-human transmission – and now the H5N1 (avian bird flu) and not the pandemic of Covid 19.
Data shows that both the incidence and severity of outbreaks of multi-drug-resistant pathogens have experienced a sharp upturn within the past 10 years. For example, Salmonella infections have gone up 25-fold in some countries in Europe since 1998. Similar increases are reported for hemorrhagic E. coli 0157 food poisoning: between 2002 and 2005, the frequency of infection increased 10 – fold in England and Wales, and 100 – fold in Scotland.

Signs in the sun and space:
The sun has been going wild, every 11 years or so we were told that the sun goes through cycles where it produces numerous solar flares or storms. This past cycle has been the strongest and strangest ever recorded since scientists and others have been studying solar activity, because even though the time for this solar phase should have passed. the sun is still producing massive flares and outbursts, and it’s getting worse. In fact, the sun is getting brighter and hotter each recent year. This increase in warmth from the sun is warming the entire planet, and global warming is no longer just speculative, it’s a fact. The 14 hottest years ever recorded occurred after 1980.

The U.S. Geological Survey says Antarctica is warmer now than it has been anytime in the past 4000 years. Half the glacier ice in the European Alps has disappeared in this century.

The following news reports were just released: ‘Warmest September Globally Since Beginning Of Reliable Instruments: The United States experienced its fourth warmest September on record, while global land surface temperatures were the warmest on record for the month, according to scientists at the NOAA National Climatic Data Center in Asheville, N.C.’ and it’s not just the U.S. but reports are coming in from around the globe, here’s one from Australia: ‘Australia headed for the hottest year on record – SYDNEY (AFP) Nov 14, 2005 – Australia is having its hottest year on record and experts blame global warming for the trend, the government weather bureau reported Monday.

2 Timothy 3:1-4 (King James Version) – “This know also, that in the last days perilous times shall come. For men shall be lovers of their own selves, covetous, boasters, proud, blasphemers, disobedient to parents, unthankful, unholy, Without natural affection, trucebreakers, false accusers, incontinent, fierce, despisers of those that are good, traitors, heady, highminded, lovers of pleasures more than lovers of God.”

These things are occurring every day and it seems every place, listen to people’s conversations, read the newspapers, watch tv shows, etc…. morals and putting others before ones-self are thinking that is almost gone. Sinful thoughts and sexual perversion is becoming a common way of life.

Preachers will not preach the biblical truth, and many will seek false and evil religions:

1 Timothy 4:1 – “The Spirit clearly says that in later times some will abandon the faith and follow deceiving spirits and things taught by demons.”

Churches and sermons have become watered-down to please church members. Many Pastors don’t preach sermons anymore on the horrors of hell and the effects of sin. They have begun preaching about an all-loving god, that loves everyone. This is true he does, but he is also a holy God, that cannot tolerate sin. And if someone lives a life of sin, they will be cast into hell. If you accept Jesus Christ as Lord and savior, the bible says you must also repent, a dictionary explanation for ‘repent’ says: ‘To feel such regret for past conduct as to change one’s mind regarding it’, so you cannot just ask for salvation, then live your old life, the bible clearly tells us that, read this carefully, it’s right from the bible: 1 Corinthians 6:9-10 – “Do you not know that the wicked will not inherit the kingdom of God? Do not be deceived: Neither the sexually immoral nor idolaters nor adulterers nor male prostitutes nor homosexual offenders nor thieves nor the greedy nor drunkards nor slanderers nor swindlers will inherit the kingdom of God.”

Some Pastors are now even saying that Jesus Christ is not the only way to Heaven. We have removed the biblical truth and facts and have replaced them with what people want to hear, so they can continue their ways of living a life of sin.

Wars and rumors of wars:

The 20th century has been known as the century of warfare. We have had the big ones of course like World War 1, and World War 2, and the cold war (the ultimate era of ‘rumors of war’), we also had the Vietnam War, Korean War, and literally hundreds of other battles, including the gulf wars and other middle east conflicts to the present day rumors of a possible war with Iran China and North Korea over their nuclear programs.

Nation will rise against nation, and kingdom against kingdom:

Ethnic unrest and tribal warfare have killed millions in this generation alone, and it’s getting worse.

Does the bible mention Hurricanes when it tells of signs of the Lord’s return? It sure does, Jesus tells the disciples in Luke 21:25: “And there shall be signs in the sun, and in the moon, and in the stars; and upon the earth distress of nations, with perplexity; the sea and the waves roaring.” See the last 6 words: ‘the sea and the waves roaring, the exact effects of hurricanes. 2004 was said to have been the costliest hurricane season on record, that was true until the 2005 hurricane season. At the end of Oct 2005, Beta, the 26th named storm of a record Atlantic hurricane season, made landfall near La Barra, Nicaragua. And now on Fri, Dec 30 2005 we have this NEWS – Tropical Storm Zeta drifts across the Atlantic. The 27th named storm of a record-breaking hurricane season, Zeta had top sustained winds near 50 mph, according to the National Hurricane Center in Miami. Forecasters said Zeta was not expected to become a hurricane or threaten land. This Atlantic hurricane season has seen more named tropical storms and hurricanes than at any point since record-keeping began in 1851.

I could go on and on, but this article would be too large for what I wanted. The facts are plain and simple folks, according to what Jesus and the bible says, the signs of the end times are happening right now. There are some folks that say ‘oh it says in the bible that the city of Damascus in Syria will be destroyed and this hasn’t happened yet, or something else hasn’t happened yet. yes, that is very true but the signs that have happened or are occurring are the ones that the bible says will signal the return of Jesus, the other signs may occur during the great tribulation after his return.

So what does it all mean, ‘The time of Jesus Christ’s return is here !’, I believe the countdown began in 1967 when the Jews took control of Jerusalem.

Jesus told his disciples that the Generation that sees these things, ‘The creation of Israel as a nation, and most importantly ‘Jerusalem under Jewish control (1967) “This generation will not pass away (die)” before he (Jesus) Returns. 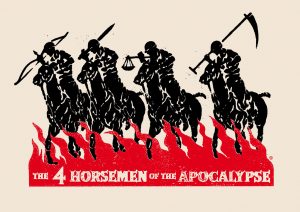 The Four Horsemen of the Apocalypse. 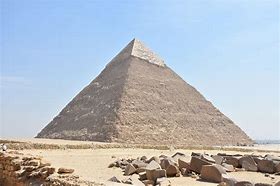 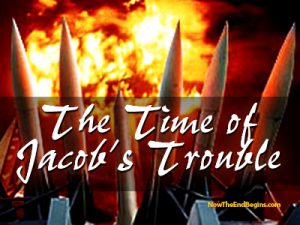 Will Christians Be In The Tribulation