Skip to content
It’s never okay to pick on anyone for any reason whatsoever.

While most parents want a list of the things that can cause a child to become a target for bullying, understand that this list is just a norm. It’s not the definitive rule. Plus, there are always exceptions depending on what type of school it is, what’s considered normal in that culture or community, and how the school administration and community deal with issues surrounding bullying.

Even though these things can make children targets, this in no way implies that it’s their fault. It’s not. Children have to be taught that it’s okay to be different and it’s wrong to pick on people because of their differences or even if they have an annoying personality. It’s never okay to pick on anyone for any reason whatsoever. 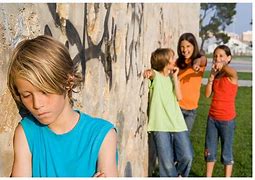