Skip to content
Do you find yourself constantly comparing yourself to others? If so, you could be suffering from comparison anxiety.

Who Is Most Vulnerable to Comparison Anxiety?

Do you find yourself constantly comparing yourself to others? If so, you could be suffering from comparison anxiety.

There are lots of different types of anxiety, but comparison anxiety is becoming one of the most prevalent types today. So, what exactly is it and who is most vulnerable to the condition? Read on to find out.

What Is Comparison Anxiety?

Comparison anxiety occurs when you are constantly comparing yourself to others in a negative way. It could be that you think everyone else is doing better than you are. This can lead to feelings of anxiety, alongside depression.

It could be that you compare yourself with those who are better looking or those who are more successful than you. When you feel like you don’t measure up, it can cause jealousy to build or you may feel inadequate. Over time, the effects of the condition can lead to depression and have a significant impact on mental health.

A lot of people get caught up in a constant comparison cycle. The question is, are some people more prone to comparison anxiety than others?

Who Is Most Vulnerable to the Condition?

Although comparison anxiety can affect anyone, there are some who are more prone to it than others.

Young people aged 19-32 have been shown to be particularly vulnerable to comparison anxiety. This is unsurprising given that when you are younger you generally seek more acceptance. As they try to find their place in the world around them, younger people naturally compare themselves to others.

Those already suffering from mental health issues such as depression are more likely to develop the condition. It also impacts those who suffer from low self-esteem. Think about it; the happier you are in yourself, the less likely you’ll be to envy other people.

Is the Digital Age to Blame?

Interestingly, the issue of comparison anxiety is only recently being addressed. It is something that has become more prevalent throughout the digital age. So, are the internet and social media sites to blame? They certainly haven’t helped, but the condition has been around for decades.

Sadly, the internet does make it much easier to compare ourselves to others. So, for those already vulnerable to developing comparison anxiety, things such as social media aren’t going to help.

It is important to recognize if you might be more vulnerable to suffering the effects of comparison anxiety. That way, you can look for ways to combat the problem before it seriously affects you. Living with comparison anxiety can be extremely difficult, causing you to withdraw and change your behavior. However, there are things you can do if you are more vulnerable to the condition, such as limiting social media usage. 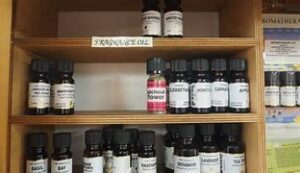 Top 20 Essential Oils and What They Are Used For