Skip to content
I have often wondered about why Whites are racists, and no other race is......

I have often wondered about why Whites are racists, and no other race is……
Someone finally said it. How many are actually paying attention to this?
There are African Americans, Mexican Americans, Asian Americans, Arab Americans, etc.
And then there are just Americans..
You pass me on the street and sneer in my direction.
You call me ‘White boy,’ ‘Cracker,’ ‘Honkey,’ ‘Whitey,’ ‘Caveman’…
And that’s OK..
You say that whites commit a lot of violence against you….
So why are the ghettos the most dangerous places to live?
You have the United Negro College Fund. You have Martin Luther King Day.
You have Black History Month.
You have Cesar Chavez Day.
You have Yom Hashoah.
You have Ma’uled Al-Nabi.
You have the NAACP.
You have BET….
If we had WET (White Entertainment Television), we’d be racists.
If we had a White Pride Day, you would call us racists.
If we had White History Month, we’d be racists.
If we had any organization for only whites to ‘advance’ OUR lives, we’d be racists.
We have a Hispanic Chamber of Commerce,
a Black Chamber of Commerce,
and then we just have the plain Chamber of Commerce.
Wonder who pays for that??
A white woman could not be in the Miss Black American pageant, but any color can be in the Miss America pageant.
If we had a college fund that only gave white students scholarships…
You know we’d be racists.
There are over 60 openly proclaimed Black Colleges in the US .
Yet if there were ‘White colleges’, that would be a racist college.
In the Million Man March, you believed that you were marching for your race and rights.
If we marched for our race and rights, you would call us racists.
You are proud to be black, brown, yellow and orange, and you’re not afraid to announce it.
But when we announce our white pride, you call us racists.
You rob us, car jack us, and shoot at us.
But, when a white police officer shoots a black gang member or beats up a black drug dealer running from the law and posing a threat to society, you call him a racist.I am proud……
But you call me a racist.
Why is it that only whites can be racists??
There is nothing improper about this e-mail.
Let’s see which of you are proud enough to send it on.
I sadly don’t think many will.
That’s why we have LOST most of OUR RIGHTS in this country.
We won’t stand up for ourselves!
BE PROUD TO BE WHITE!
It’s not a crime YET….
But getting very close!

CAMEL HUMPS FIRE HYDRANT
A sex-starved male camel at a zoo in Wichita, Kansas, alarmed keepers by taking a fancy to a fire hydrant in his enclosure. When Tommy’s mate died in 1993, he turned his affections to the hydrant, vigorously rubbing himself against it for hours on end until officials at Sedgwick County Zoo eventually decided to remove it. His embarrassed keeper, Julie Fritz, said of Tommy’s misplaced passion: “If it’s during public hours, I just go hide somewhere. What can I say? The camel doesn’t have a life.”

The BLM Connection to Witchcraft 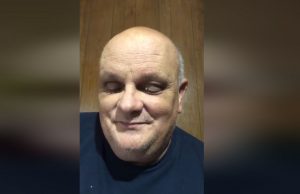 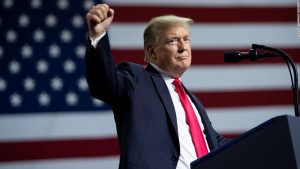 IF YOU ARE NOT A TRUMP SUPPORTER…